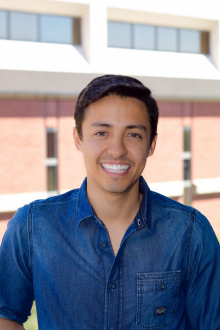 Nicolas I. Lopez-Galvez, MPH, is investigating a possible epidemic of kidney disease among farmworkers in Northern Mexico with the help of a $15,000 research training grant from the Southern California National Institute of Occupational Safety and Health Education and Research Center.

Lopez-Galvez is a doctoral student in the environmental health sciences program at the University of Arizona Mel and Enid Zuckerman College of Public Health. Many of his research projects involve analyzing environmental contaminants found in marginalized communities living in rural areas at the U.S.-Mexico border region.

“I’m interested in occupational and rural health. My research focuses on understanding occupational risk factors such as heat and pesticides exposure in relation to the health of migrant farmworkers,” said Lopez-Galvez.

Diabetes and hypertension are the top risk factors for chronic kidney disease globally. Over the past 20 years, a severe form of chronic kidney disease of unknown origin (CKDu) has been reported in individuals without these risk factors in several rural areas around the globe. CKDu is primarily affecting young and middle-aged male laborers in the agricultural sector.

For his current research project, Lopez-Galvez is studying the association of kidney function in relation to several occupational factors in migrant farmworkers in Northern Mexico. He says that even though the causes are not yet definitely determined, CKDu has been associated with some occupational factors such heat stress and pesticide exposure.

“In Northern Mexico, where migrant farmworkers are subjected to strenuous working conditions in extreme heat environments,” no studies have evaluated the kidney function in this population,” Lopez-Galvez said.

His pilot study will be the first project to examine the renal functioning in migrant farmworkers as a function of environmental and occupational conditions in this semi-arid region.

Lopez-Galvez has dual master’s degrees in Latin American Studies and Public Health with a concentration in environmental health sciences from Sand Diego State University. He has a B.S. in Biology from the University of California, Los Angeles.