Donate to the Dalen Lecture Series

Launched in 2008, the James E. Dalen, MD, MPH Distinguished Lecture for Health Policy was established to honor Dr. Dalen’s countless lifelong contributions to the advancement of The University of Arizona and his key role in establishing the Mel & Enid Zuckerman College of Public Health. The annual lecture in his name is designed to raise awareness of public health issues and introduce our audience to emerging ideas from leading experts. These distinguished scholars offer lectures and discussions to our campus community and to the public on local, state, national and international healthy policy issues, and connect the academic world with the “real world” of public health.

The Microbiome in Health and Disease

Dr. Ghishan will be discussing the role of gut microbiota in the health and disease state. The concept of eubiosis and dysbiosis will be discussed.  Our gastrointestinal tract is home for tens of trillions of microorganisms encompassing more than 500 different species of bacteria, resulting in more than 3.3 million bacterial genes compared to the 23,000 genes in our human body. His lab in the Steele Children’s Research Center at the University of Arizona has been pioneering the role of transport proteins of electrolytes and nutrients in the gastrointestinal tract and determining the changes in our gut microbiome that result from knocking out these proteins. This lecture will introduce the audience to the bacterial diversity present in humans. Greater bacterial diversity is associated with the microbiota’s ability to deal with stressors such as opportunistic pathogens or dietary perturbations. The role of diet and lifestyle in shaping our gut microbiota into a eubiotic state will be discussed.  Suggestions will be given as to dietary changes that allow us to live in harmony with our bacterial flora. The role of pre- and probiotics will also be addressed. Our understanding of the gut microbiota truly can influence our path to personalized good health.

Dr. Ghishan is a board-certified pediatric gastroenterologist and an internationally recognized expert in gastroenterology and related basic and clinical research. His laboratory has been in the forefront of the characterization of the microbiome in relation to nutrient gene expression and autoimmune disorder such as inflammatory bowel diseases. He has authored more than 250 original publications and is an associate editor for the major textbook, Physiology of the Gastrointestinal Tract, Volumes 1 and 2, currently in its 6th edition, 2018, and winner of a 2013 Highly Commended BMA Medical Book Award for Internal Medicine.

His research has been continuously funded by the National Institutes of Health throughout his more than 40-year career. He has received two prestigious MERIT Awards from the NIH – one in 1996 and a second in 2008. Among the many honors and awards he has received over the years, Dr. Ghishan was the first pediatric gastroenterologist to be awarded the “Horace W. Davenport Distinguished Lectureship” in 2014. This is the most prestigious recognition by the Gastrointestinal and Liver Physiology Section of the American Physiological Society.

View a recording of this year's lecture here: https://youtu.be/X96NsXNEoXI

2021: MALARIA ELIMINATION IN AFRICA: It could be done, but will it?

2017: The Health of Americans in a New Political Order

The Health of Americans in a New Political Order
Dr. Darrell G. Kirch, President and CEO of the Association of American Medical Colleges (AAMC).

2015: Diet and Health: A Progress Report

2014: Participatory Medicine: Mindfulness Based Interventions through the lens of Public Health - Moving the Bell Curve

2013: The Transformative Power of Integrative Medicine

2012: What Were We Thinking? Medical Debacles of the Recent Past

What Were We Thinking? Medical Debacles of the Recent Past
Dr. Andrew Weil, Clinical Professor of Internal Medicine and founder and Director of the Program in Integrative Medicine (PIM) at the University of Arizona.

Public Health Policies Confronting our Nation and Global Society
Dr. William H. Foege, Senior Fellow and Member of the Scientific Board for the Global Health Program of the Bill and Melinda Gates Foundation, former head of the U. S. Centers for Disease Control.

2008: Globalization and Health: Risk and Opportunities on Our Common Borders

Globalization and Health: Risk and Opportunities on Our Common Borders
Dr. Julio Frenk, President of the University of Miami, former Dean of Faculty at the Harvard T. H. Chan School of Public Health, former Secretary of Health of Mexico. 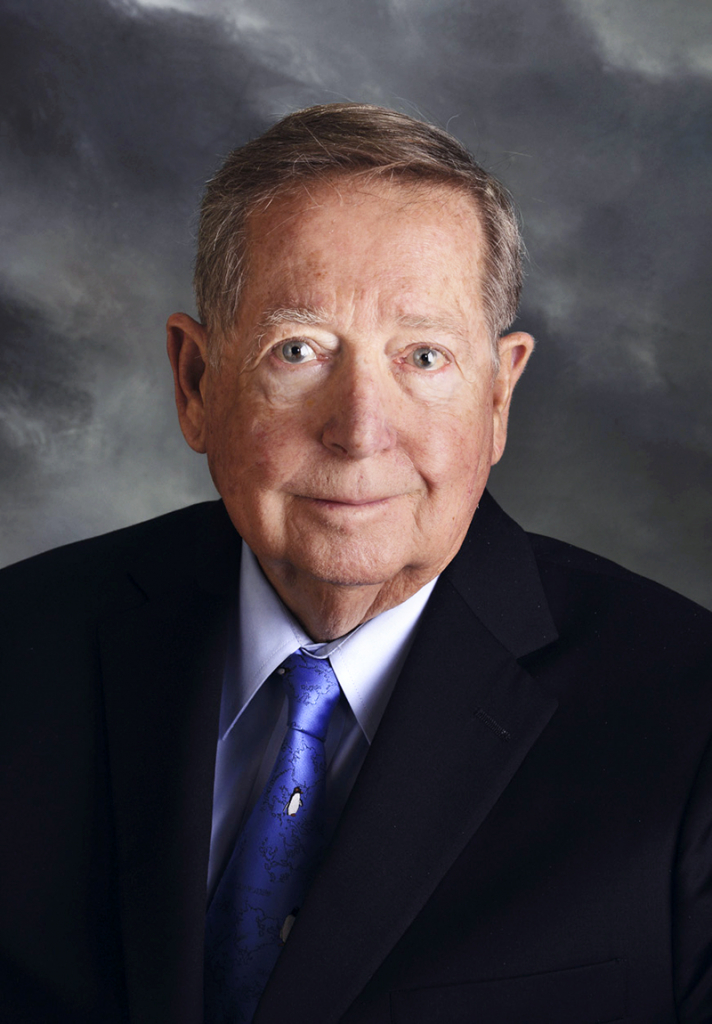 Dr. James E. Dalen, MD, MPH, retired from the University of Arizona in 2001 after serving as Dean of the College of Medicine for thirteen years and as Vice President for Health Sciences for seven years. During his tenure as Dean and Vice President, the College of Public Health, The Arizona Center for Integrative Medicine and the Arizona Telemedicine Program were established. Successful fund raising led to the establishment of new research facilities including the Children’s Research Center, The Sarver Heart Center, The Arizona Arthritis Center and a major expansion of the Arizona Cancer Center.

From 1988 until 2004 he was Editor of the Archives of Internal Medicine and a member of the editorial board of the Journal of the American Medical Association. Dr. Dalen established and served as Co-Chairman for the ACCP Consensus Conference on Antithrombotic Therapy, which has resulted in the publication of eight CHEST Supplements since 1986. He is the author or co-author of more than 350 publications in medical literature as well as eleven books and monographs.