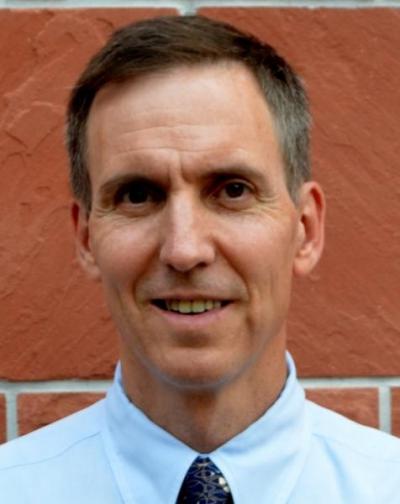 Jeff Burgess, MD, MS, MPH, associate dean for research and professor at the University of Arizona Mel and Enid Zuckerman College of Public Health, is the recipient of the 2015 Society of Toxicology (SOT) Translational Impact Award for his work to reduce toxic exposures and prevent injuries among first responders, miners, and the general public.

The SOT is the world’s largest association representing the field of toxicology. Toxicologists are responsible for aiding human, animal and environmental health and safety through the study of the adverse effects of chemicals and other biological agents.

The award is given to a scientist whose outstanding clinical, environmental health or translational research has improved human and public health in an area of toxicological concern within the last 10 years. The award presentation will take place at the 54th Annual Meeting & ToxExpo in San Diego, Calif., March 22–26, where Dr. Burgess  also will be a featured lecturer.

“SOT’s Annual Meeting is a showcase of leading-edge and impactful research in the field of toxicology. Having Dr. Burgess share his groundbreaking scientific contributions with our attendees will enhance our field and work, while also highlighting the ways in which toxicology impacts public and environmental health,” said Norbert E. Kaminski, SOT president (2014–2015).

Dr. Burgess has a broad research program, working with multiple occupational and environmental populations. His occupational research projects are focused on reducing toxic exposures and preventing injuries among miners, firefighters and other first responders.  His environmental focus has been on evaluation of population-level exposures to arsenic in drinking water and diet and improvement of emergency preparedness. In addition, he heads training programs in industrial hygiene and mining health and safety. He is principal investigator for the Mountain West Preparedness and Emergency Response Learning Center, which helps public health professionals and communities better prepare for disasters of all types.

Dr. Burgess participates in several university-wide health collaborations, including the Southwest Environmental Health Sciences Center, the Lowell Institute for Mineral Resources, the University of Arizona Cancer Center, Institute for the Environment, and the UA BIO5 Institute.  He also holds an adjunct appointment in the UA Department of Mining and Geological Engineering.  He serves on national committees dedicated to fostering research to improve the health and safety of public safety personnel and miners.