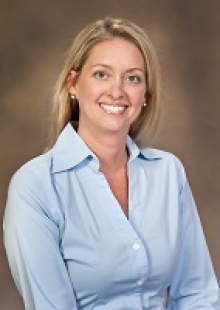 Kelly Reynolds, PhD, MSPH, professor and environmental microbiologist, has been appointed chair of the Department of Community, Environment and Policy at the University of Arizona Mel and Enid Zuckerman College of Public.

Dr. Reynolds has worked as a researcher and public health educator in environmental science for more than 30 years, specializing in water quality, food safety and disease transmission. Her extensive experience in those research areas includes her role as a principal investigator of numerous projects and the publication of hundreds of journal articles, book chapters and professional reports.

Dr. Reynolds is currently working on several projects, including a collaboration with researchers from the UA College of Engineering using smartphone optics to detect human viruses in drinking water.

Dr. Reynolds says this type of technology not only would expedite the process of discovering waterborne viruses, but could detect previously undetectable viruses. Between 1971 and 2014 waterborne pathogens in the United States resulted in more than 600,000 cases of reported illnesses. Dr. Reynolds suspects millions of cases were undocumented because people who were affected suffered relatively minor symptoms.

In other research, Dr. Reynolds is looking for contaminants in both water sources and in the home. In the water study, she is evaluating the risk of tap water by analyzing the types of disease-causing organisms captured in the filters of household purification devices.

Dr. Reynolds’ research projects include multidisciplinary partnerships with academic researchers, hospital infection control experts and industry to develop and evaluate novel interventions for preventing health-care acquired infections. Such infections are the nation’s fourth-leading cause of death, impacting 1.7 million patients annually and resulting in about 100,000 deaths. Through improved environmental cleaning and hygiene, many of these infections could be prevented.

As director of the Environment, Exposure Science and Risk Assessment Center at the UA Zuckerman College of Public Health, Dr. Reynolds hopes her research yields information people will use to reduce their risk of illness.

"From a scientist's point of view, we can continue to develop and improve methods to identify and control hazards, but that information only goes so far if the public doesn't actively participate in reducing their exposure,” she said.

Dr. Reynolds received her doctorate from the University of Arizona in agriculture and life sciences in the Department of Soil, Water and Environmental Science and a master's degree from the University of South Florida in the Department of Environmental and Occupational Health. She   has worked at the UA since 1987 as a research technician, research fellow and an assistant research scientist.