Seminar: The State of Health in Arizona 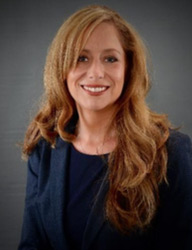 Arizona Department of Health Services Director, Dr. Cara Christ, has worked for the agency for more than nine years in multiple positions. In May 2015, Dr. Christ was appointed as Director by Governor Doug Ducey.

Cara has a Bachelor of Science degree in Microbiology, and a Master of Science degree in Microbiology and Public Health/Epidemiology both from Arizona State University. Cara started her ADHS career as an Infectious Disease Epidemiologist. Cara left ADHS to attend medical school at the University of Arizona. She did her residency at Banner Good Samaritan Medical Center in Phoenix before returning to ADHS. Since returning, she has served in many positions throughout the Department, including the State Tuberculosis Control Officer, Bureau Chief for Epidemiology and Disease Control, Assistant Director for the Division of Public Health Licensing Services, Deputy Director for the Division of Public Health Services and as the Department’s Chief Medical Officer.

Cara was born in Missouri and moved to Arizona more than 30 years ago. She grew up in the Valley where she still lives with her husband and three kids. She is an avid Disney fan and also holds a “Ducktorate”, from Walt Disney University focused on Disney Style Management.